Air New Zealand finally announced today that it would replace its 8 strong 777-200ER fleet with the same number of 787-10. Deliveries will stretch from 2022 until 2027. The order includes options for up to 12 more 787s. The airline also has the option to swap the order to the smaller -9 variant and adjust delivery schedules according to market demand. It is also worth noting that the Kiwi flag carrier chose the GEnx to power those new aircraft, in spite of the fact its current Dreamliner fleet has Rolls Royce Trent 1000 engines. An earlier post on this blog predicted that the carrier would order more 787-9s. In this blog post we will discuss the reasons why Air New Zealand did not order the A350 or 777X and the largest Dreamliner variant prevailed.

It has to do with the passenger demand on the busiest routes in the carrier’s network. If we assume the 777-9 seats 400 passengers, a daily flight would have 292,000 available seats. To reach an acceptable 80% load factor the demand needs to be 233,600 annually. As it turns out only the following routes have at least that amount of demand:

All those routes have another airline operating either as a competitor or in codesharing / joint venture. Demand to New Zealand is also very seasonal, favoring smaller aircraft other things equal. Air New Zealand currently operates consistently its largest aircraft, the 777-300ER, to San Francisco and Los Angeles. The airline indicated in a previous presentation that load factors plummeted on those routes lately. This is partially due to the fact Air New Zealand launched new routes to other US cities, including Houston and Chicago. If the airline struggles to fill the 777-300ER one one of its busiest routes, what about the even larger 777-9? The fact Air New Zealand has options for 12 more 787s means that the 777-300ERs will almost certainly be entirely replaced by Dreamliners when they are due for retirement.

The 777-8 only makes sense on ultra long haul flights (it is too heavy to be efficient on shorter flights). 2 or 3 new ultra long haul destinations would be viable at most in Air New Zealand’s network (New York, Toronto and Rio de Janeiro) to justify such aircraft. But there wouldn’t be anywhere near enough demand to fill an aircraft the size of the 777-300ER.

Now that we explained the reasons for not ordering the 777X, why did Air New Zealand pass on the A350-900? After all the A350-900 is the latest generation aircraft with the closest payload range capacities to the 777-200ER. The A350-900 also has larger fuel tanks that allow a bigger payload than the 787-9 on an ultra long haul flight such as Auckland to New York. There are a couple of reasons why the Airbus aircraft did not win the day.

The most important one is fleet commonality. The Kiwi flag carrier is still relatively small, currently operating 28 widebody aircraft (13 787-9, 8 777-200ER and 7 777-300ER, excluding the 2 777s on wet lease to cover Trent 1000 engine issues). Adding a second widebody type, especially from a different manufacturer, is hard to justify unless it brings something special to the table.

As it turns out the 787-10, the other aircraft closest in capacity to the 777-200ER, can cover most of the latter’s missions. The 787-10 can comfortably fly all of the carrier’s Asian routes with decent cargo capabilities. The US West Coast destinations (Los Angeles and San Francisco) are also reachable carrying only passengers. Now that the 787-10 entered operations there is real world data to confirm the aircraft performs as expected. For flight deeper into the USA the Kiwi carrier is happy to operate the 787-9 and 777-300ER. On flights within its range the 787-10 has better unit costs than the A350-900.

If Air New Zealand wishes to start flights to New York, its CEO stated today that the 787-9 could do the job in a premium heavy configuration (in the blog post mentioned above we estimated a Qantas style 236 seats configuration would make flights to New York viable without maximum takeoff weight increase). The airline also announced that it isn’t planning to start flights to the Big Apple until 2022-2023 and is currently working with United Airlines on that. This means the carrier hasn’t closed the business case that would justify launching the route yet. It does not make sense for Air New Zealand to order an entirely new aircraft family for 1 to 3 routes, especially if profitability is far from assured.

While not explicitly stated in Air New Zealand’s news release, it is understood that Boeing tweaked the 787 design slightly. A combination of increased maximum takeoff weight and fuel burn improvement on the GEnx should give the 787-9 and 787-10 a bit extra range (a few 100s of nautical miles). Depending on the magnitude of the MTOW increase and aircraft configuration this might allow direct flights from Auckland to Vancouver on the 787-10. For the 787-9 this would make direct flights to New York feasible with more payload, potentially not needing a dedicated reduced seating configuration.

After ruling out the 777X and A350, Air New Zealand concluded that a new Dreamliner order made the most sense. The carrier decided to order the -10 variant because it has the closest seating capacity to the 777-200ER but is far more fuel efficient (the airline claims up to 25% lower fuel burn per passenger). The airline prefers to keep aircraft with similar capacity at much lower costs rather than substantially decrease or increase aircraft size. The 787-10 can carry around 15% more passengers and 15% more cargo volume than the 787-9. The order emphasizes the fact the Kiwi flag carrier wants continuity and efficiency in a market where growth moderated recently.

The only major change is the engine. One would be tempted to conclude that Air New Zealand passed on Rolls Royce’s engine because it was so badly affected by the Trent 1000 issues. While this might have played a factor Rolls Royce almost certainly made a very attractive offer not to lose the Kiwi flag carrier. As Air New Zealand stated, it is the GEnx’s superior fuel efficiency that made the difference. Various sources in the industry back that claim, especially for longer flights.

To summarize the 787-10 won the day for several reasons. The 777X is too large to operate profitably in Air New Zealand’s network in light of recent demand developments. Since the 787-10 and 787-9 can operate current and envisioned services the A350 was ruled out for fleet commonality reasons. The -10 was chosen over the -9 because it has the closest capacity to the 777-200ER and provides it at much lower unit costs. The only major change is the switch to the GEnx for fuel efficiency reasons. All eyes Down Under will now be on Qantas’ project sunrise order expected later this year (https://epsilonaviation.wordpress.com/2019/03/09/is-the-a350-1000-ulr-or-777-8-x-favorite-for-qantas-project-sunrise/). 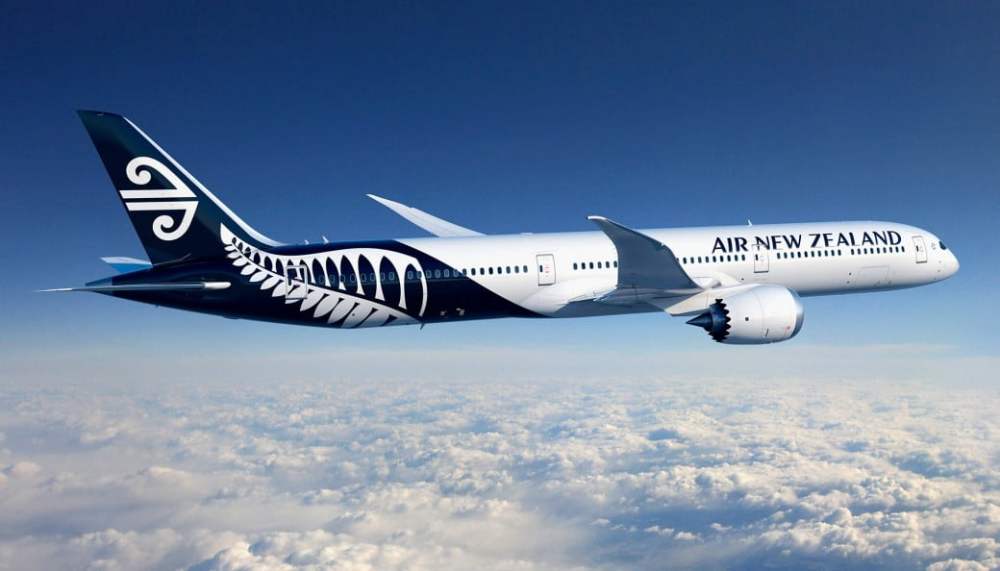 Work in the Financial Industry as a Quantitative Analyst in New York. Passionate about Aviation and Formula 1. World traveller. View all posts by epsilonaviation